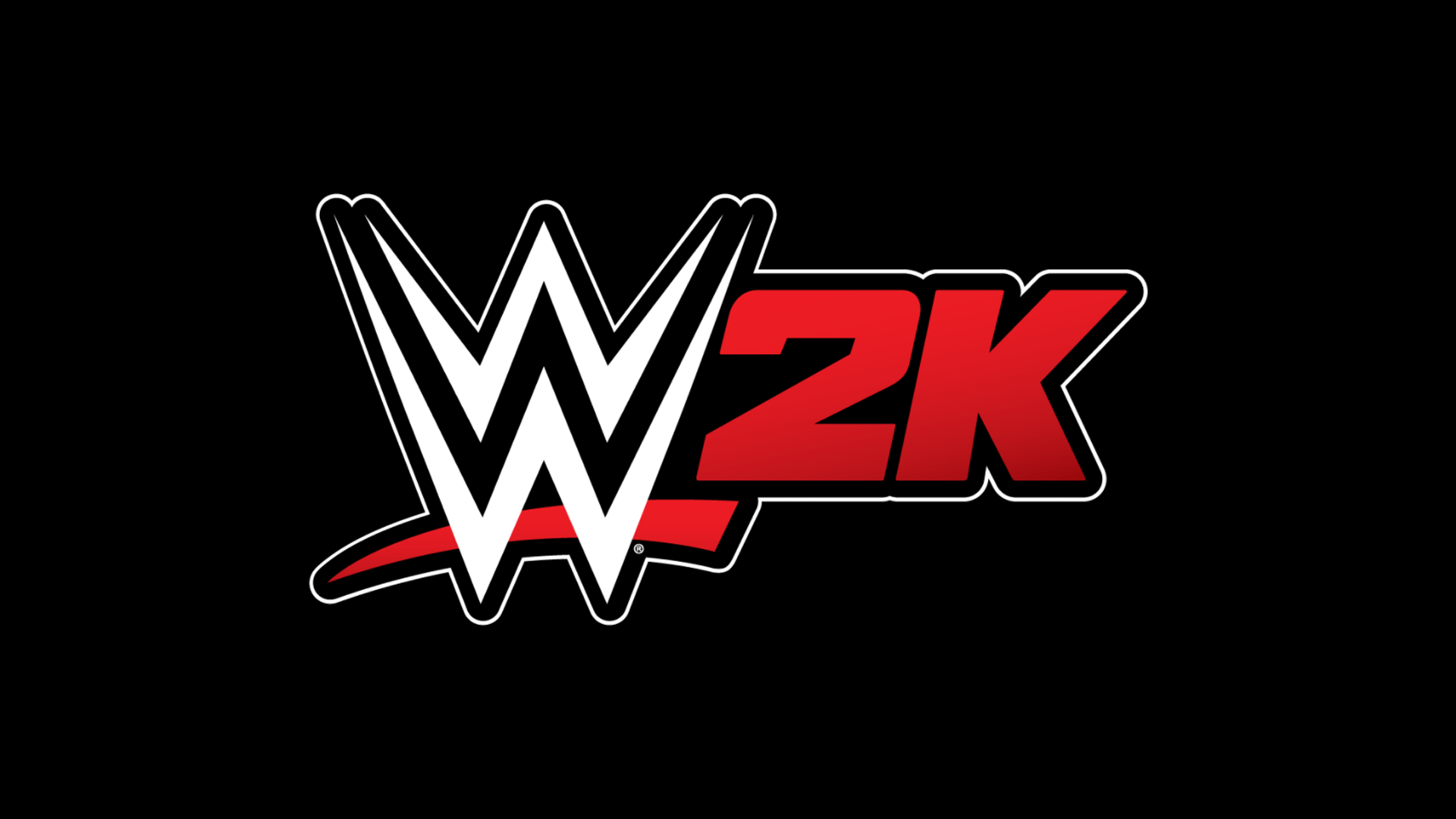 Now, some of these in the list might be coming from personal opinion, but I honestly believe that for a professional wrestling game to thrive in today’s climate, especially with as rough things have been going for the WWE lately, you really need to make sure you keep the fans and customers of the game happy. There are things that have been requested for years that haven’t been in a game for a long, long time. Is it because it’s been nixed due to executive decision? Is it because there was never enough time to add things back in? Whatever the reasoning, they’ve had time to dot the i’s and cross the t’s this go around, so here’s hoping that 2K and the people behind the game actually add in some of the following:

1. GM Mode
While I could possibly go one way or the other on this one, it’s no question in anyone’s minds that the most requested thing to have added back to a WWE video game has been a GM mode. This is a mode that has gone by the wayside for whatever reason and the fans have asked for years to bring it back, much to no avail. I personally thought it was a pretty decent mode and I did get some enjoyment out of it, but this wouldn’t hurt me one way or another. I play these games for a whole different reason, which we’ll get into next.

2. CAS (Create-A-Show) Mode
For running an e-fed, I still think WWE 2K14 is the best wrestling game that’s ever been made. It had basically all of the best of all worlds and made it work. Sure, the game wasn’t perfect and some technology came out later that made things a whole lot easier, like completely circumventing the paint tool option, but overall that game was a treasure and what made it so great was the fully functional custom story modes you could put together. There were so many scenes to keep things fresh utilizing all sorts of characters. This is something that NEEDS to be added back.

3. Men vs. Women
It’s been talked about how the AEW video game featured some spots showcasing men vs. women in their trailer. This option has been disabled for several years when it comes to WWE video games. Do I think it will make a return in 2K22? I really doubt it, and if it doesn’t that’s fine. In today’s climate, having men face off against women even in a video game would be interesting just based on the feedback from fans and opinions from those on the internet. It would definitely bring back the classic days to wrestling games if this option was allowed, or in the very least a tickable option so that you could toggle intergender matches on or off. Surely, that wouldn’t be too hard to toss in?

4. A game without obviously blaring bugs, crashes and bad optimization
This is the fate that WWE 2K21 suffered, by a running mile. I can speak from personal experience that booting up the game and going into create a wrestler and going into the hair crashed my game. That’s literally all I did. When you have a game that crashes like that, and does it repeatedly, you’ve got a problem. There’s been an entire year to fix everything and go in with a microscope and figure out what went wrong. This doesn’t go for just a wrestling game, this goes for any game. If you put out something that hasn’t been tested and runs as horrible as WWE 2K21, you are going to have a disaster on your hands, and I don’t think WWE 2K can take another hit like that.

5. Importing custom music / theme songs
I believe this is another option that has been highly sought after for several years, but has failed to make an appearance in a long time. Due to today’s climate in terms of DMCA and copyrights on songs and all of that, I highly doubt this function will get added back in, but we could all get surprised, right? This used to be so handy an option to have in the games when you could just pick any song on your console’s hard drive or computer and have the game play it for you. If you have ran an e-fed in the past few years, you know all about having to manually play the songs for entrances. While it does become “part of the norm” after a while, I really miss the days where the entrances just worked for themselves.

6. Bring back match types lost in history
There have been a lot of match types that have came and went in WWE video games, but there are a lot of them that I’d love to see make a return for the game. Stipulations like “I Quit,” ” Special Referee,” “Inferno Match” and “Buried Alive” would be great to see come back and actually work like how they are supposed to. With how wacky they made some of the content for WWE 2K21 (like wrestling in hell, for example) why wouldn’t they bring some of these modes back? It’s not like these are fantasy stipulations that are too hot for television. These are things that have happened a lot, and still happen in today’s climate. Why even get rid of them to begin with?

7. Have a comprehensive backstage arena
They did a little bit of this during some of the career modes a few years back, but it wasn’t really quite like those original SmackDown games, was it? Where you could walk all around backstage and go into the boiler room, kitchen, outside in the parking lot or in front of the arena? With games like The Witcher, Skyrim and the like, you can’t tell me that getting an arena put together and being able to interact with objects, places and rooms backstage would be too far fetched to include in the game. This would be such an awesome addition to the game, coupled with the fact that you could utilize this for backstage brawls, falls count anywhere matches, hardcore matches and the like.

8. Create A Finisher
It’s been a long time since we had this option, but I remember just how excited people were to see this included and how creative some people got when it came to making their own finishing maneuvers. Would it go over as well these days? It’s really hard to tell, with how extensive the move list bank is for the games these days, which is something that they’ve done very well. You’ve gotta give credit where it’s due. The one drawback the last time created finishers came around was that they didn’t do as much damage to other characters that stock moves would do, so that would prompt most people to not even use the created finishers. I think this would be something fun to add back into the game, and I included it on the list because I remember the excitement for this, but the amount of moves included in games these days are actually pretty impressive as is.

9. Custom crowd signs
Okay, this is actually one I don’t really see anybody ever talking about, but I found this to be really cool. Honestly, how hard do you think it would be to add this function back in? If memory serves me correctly this only made it into one game in the past, and I actually really enjoyed it. It was implemented through paint tool and each superstar had their own specific signs the fans would pull out at random when they were wrestling or making their entrances. It was quite limited, with only a few slots to be able to use, but it was still pretty fun and creative. I feel like this should be something that should have always just been included in the games this entire time, but for whatever reason it’s been overlooked.

10. Minimum 100 CAW slots and 10 in the ring
When I say minimum, I mean there’s no reason to have any less for created superstars in a game in the year of 2022. I feel like the limit should be A LOT higher than 100, but we can’t get everything, can we? As long as it remains 100, I guess I’ll be happy with that and deal with it. I know of a ton of wrestling fans who find themselves quickly seeing that 100 allotment dry up very, very fast and I’m one of them. Having 200 slots for custom wrestlers I think would be a fair balance and give enough room to be able to really enjoy the experience of utilizing wrestlers who aren’t in WWE, past superstars or WWE wrestlers with custom attires not stock included in the game. As far as in the ring action goes, I was so happy to see them finally update the amount of people to eight in the ring after what seemed like five years after it should have happened. Now, let’s bump that up to ten and we can call it the day, right? The Survivor Series match has been a staple in WWE since the early 90’s, and the fact that you can’t have an appropriate match type for that is really a shame. I understand the limitations and all of that for earlier games, but this is 2021 and there’s really no reason this can’t happen. The ring might get a little tight with ten people at the same time, but that’s something they deal with in real life too. This is a video game, so if you want to jam pack the ring and have a monster battle royal and see everybody kicking ass, then why shouldn’t we be able to do that?

Thanks for reading my ten suggestions for WWE 2K22. Let’s hope that even if one of these suggestions make the cut, the game is good and has had enough time to digest what went wrong last time and give us something we can all appreciate and enjoy. I want to see the game succeed, I want to have fun with the game and I want to spend endless hours playing a brand new wrestling video game again. I feel like if WWE 2K22 is another miss, it’s going to be really bad for the company as a whole and with tight competition from AEW and Virtual Basement coming their way, I don’t think it’s going to end well.